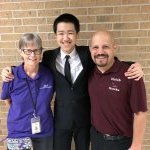 We’ll be supporting Synergy 1 for the next 2 years until the next major version is ready (we’ll most likely call the next version Synergy 3).
Recommended by Kelvin Tran

This topic is now closed to further replies.
Sign in to follow this
Followers 14
Go To Topic Listing
×
×